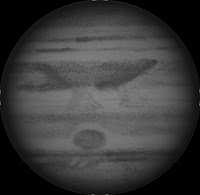 Seeing conditions were poor (4/10) with only few moments of good seeing.

It was interesting to note however that the SEB was more evident than during my previous observation made on Sept 20th and Aug 7th.

The light 'halo' of the SEB around the northern part of the GRS contrasts well with a darker SEB. Does this contrast points towards an increased SEB activity compared to previous months?

Faint greyish festoons were seen connected to the boundary of the NEB and extended into the EZ. Subtle white plumes were also detected in the EZ. Darker areas were seen in NEB but no particular detail was detectable due to poor seeing. GRS was seen on the preceding edge next to the central meridian. 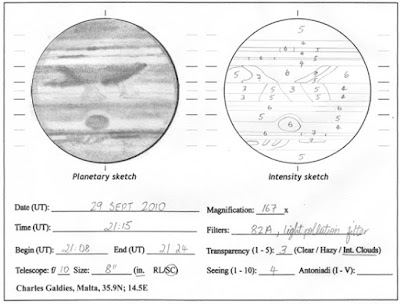