First image of Uranus this season

Unlike Saturn or Jupiter, Uranus is a very challenging object to image in any detail or quality. Its low brightness makes its imaging quite challenging.

Because of its small size, large aperture telescopes are needed for high resolution imaging. 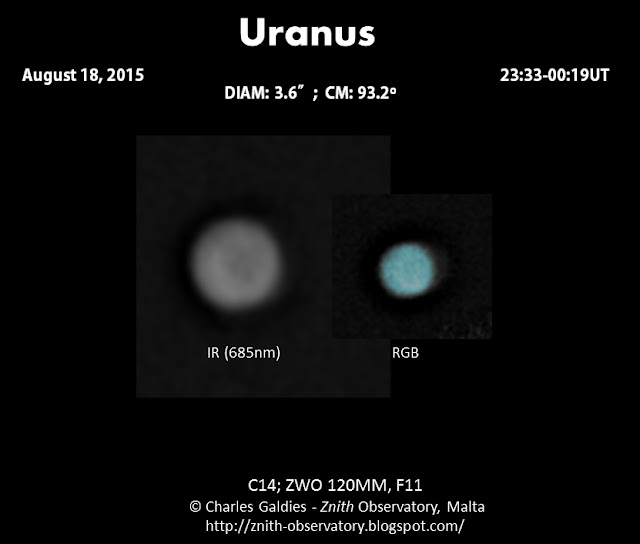 Compared to the other two giant planets, Uranus lacks any striking belts or zones in visible light. Even true colour images from the Hubble Space Telescope show only faint bands with little contrast. This is why I used IR pass filters such as 685nm and 720nm, although the latter proved to significantly reduce the brightness of the image.

The IR filtererd image above managed to penetrate deeper into the planet’s atmosphere and revealed some belts/zones that were otherwise not visible at all in shorter wavelengths such as true colour (see RGB image above).

Focusing on Uranus itself proved to be a frustrating experience and a more effective technique is required for future imaging.

This report has been sent to the ALPO USA and Japan database.