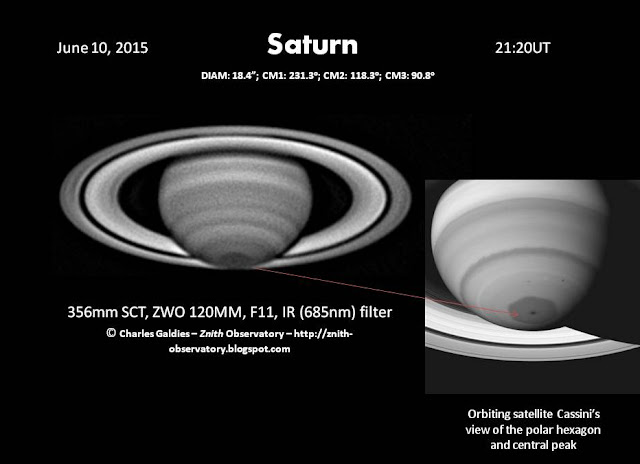 The jewel of the solar system shows another stunning feature that only satellites orbiting this planet can see clearly - the strange hexagon-shaped vortex that is swirling above Saturn's north pole.

The animated image has been compiled from images taken by the orbiting Cassini spacecraft in July 2013 from about 605,000 miles (973,000 kilometers) away from the planet. This is considered to be a geometric jet stream.

The central cyclone at the centre of the hexagonal vortex is visible in the image captured on June 10th from Malta. Scientists are still trying to figure out what causes the formation of this polar hexagon.