Distribution of methane on Saturn 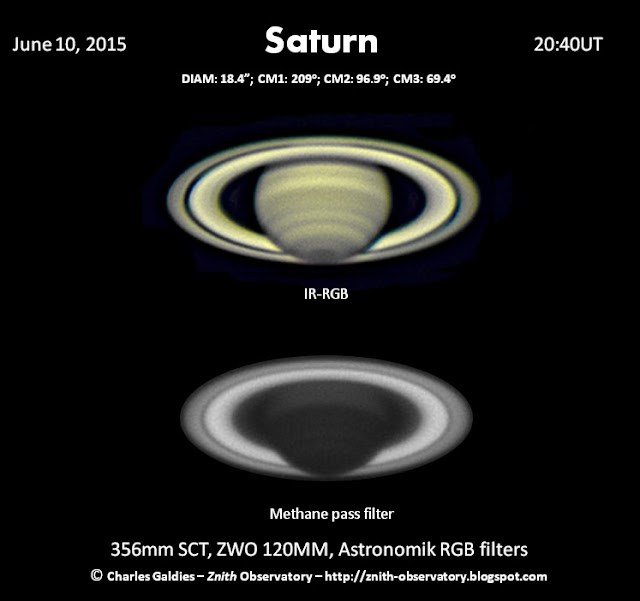 The above images of Saturn were taken on June 10th, 2015. The top composite image is made up of stacked images taken through the telescope using a red, green and blue filter.   It shows intricate cloud bands along Saturn's surface as well as subtle features in the ring system.

The lower image is a record of the radiation that is reaching the telescope and passing through a special filter known as methane filter. This filter only allows the passage of radiation with a wavelength of 889 nm. In other words, this filter is used to detect the relative abundance of superficial methane on planets such as Saturn and Jupiter. Through this filter, planetary regions showing higher brightness indicate lower amounts of methane.

The resultant image shows very bright ring system. The equatorial region is also lighter than the other parts of Saturn's surface. This implies a lower abundance of methane especially in the equatorial zone of the planet.

This report was submitted to ALPO at this location here and in the Japanese database.
Posted by Dr Charles Galdies on Wednesday, July 08, 2015