Lunar crater named in honour of Evangelista Torricelli, pupil of Galileo and inventor of the mercury barometer. 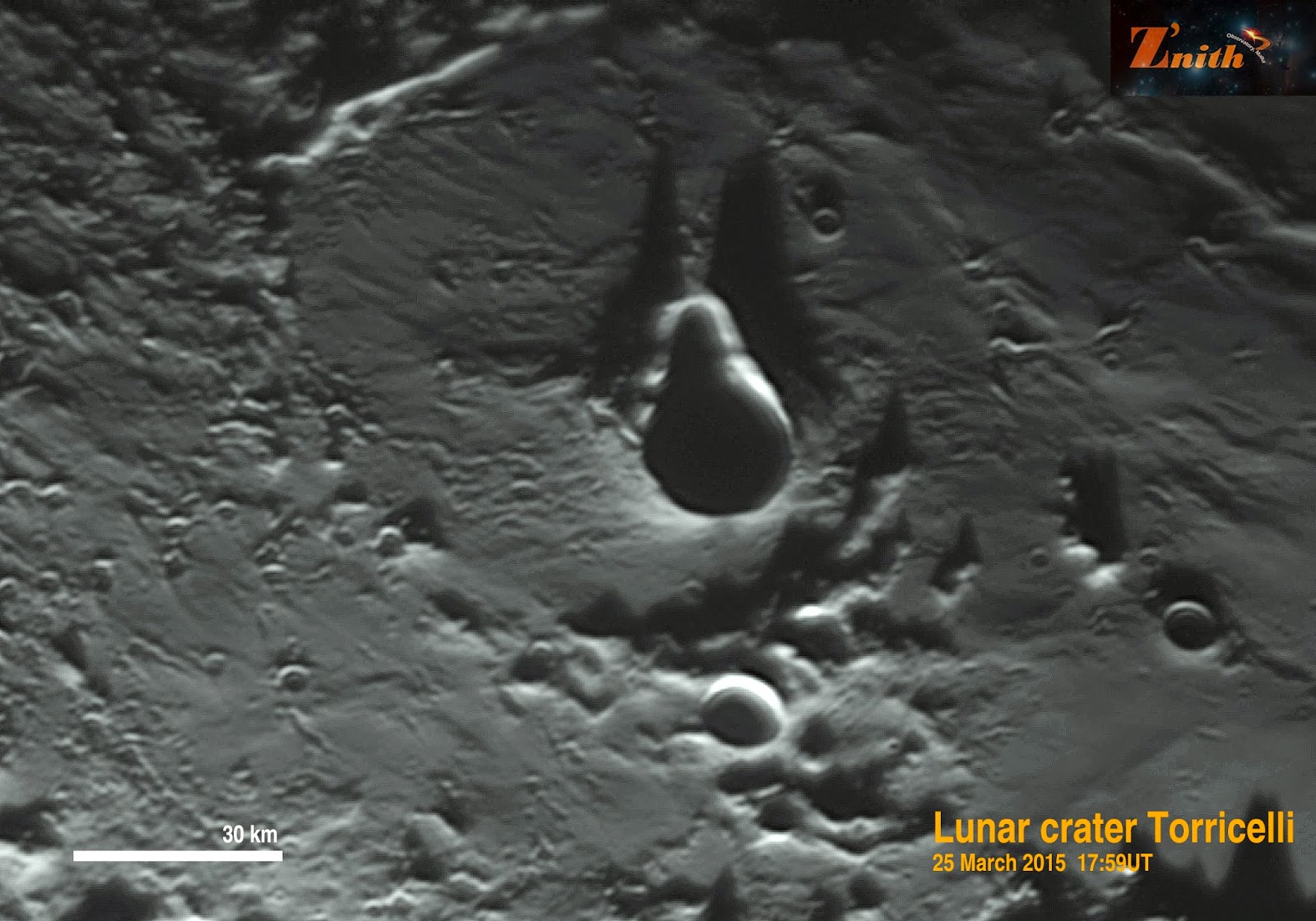 The lunar crater Torricelli is seen located at the center of the image. It is a very interesting crater due to its 'pear-shaped' appearance. This shape originates from an adjacent collision which formed another crater that took out the west wall of the original, larger impact. Torricelli crater is some 30 km wide.

What is interesting in this image is the play of shadows that are produced by the adjacent lunar walls of Torricelli; however no shadows are cast by Toricelli's westernmost wall. Why? I leave it up to the readers to unravel this puzzle.

This crater is situated at the north-eastern part of a much older and larger, lava-filled crater (Torricelli R) which can also be seen in this image earmarked by round, highly fragmented wall. The prominent crater just below the larger part of Torricelli crater, and lying outside the outer rim of Toreicelli R is named Torricelli A.