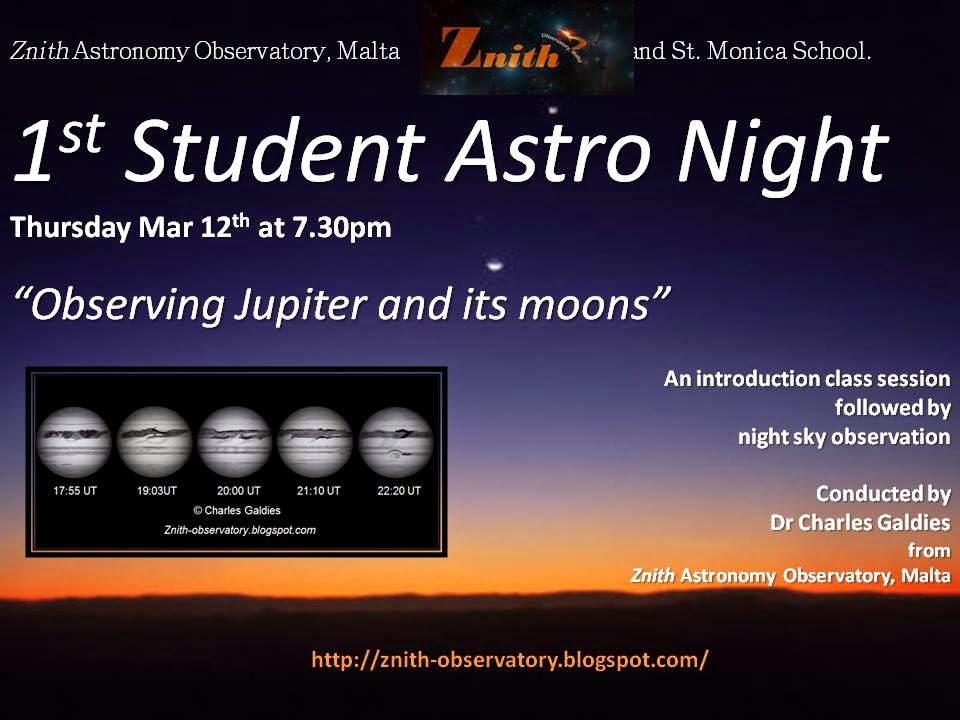 “Take a look at Jupiter and its moons, observe the Jovian surface and track the movements of its four largest moons”.

With just a few small red-filtered torches to support their view, students took turns to observe Jupiter, which through the telescope’s eyepiece seemed so near that they could almost reach out to it and place it in the palm of their hands.

Astronight was indeed an awe-inspiring experience for the fourth and fifth form St Monica School students. Held in the school premises of Savio College  in Dingli on the night of March 12, 2015 Astronight was comprised of a one-hour introduction class on astronomy followed by a tightly-packed star-gazing and planetary sketching programme. Around 60 students together with their teachers participated in this event. 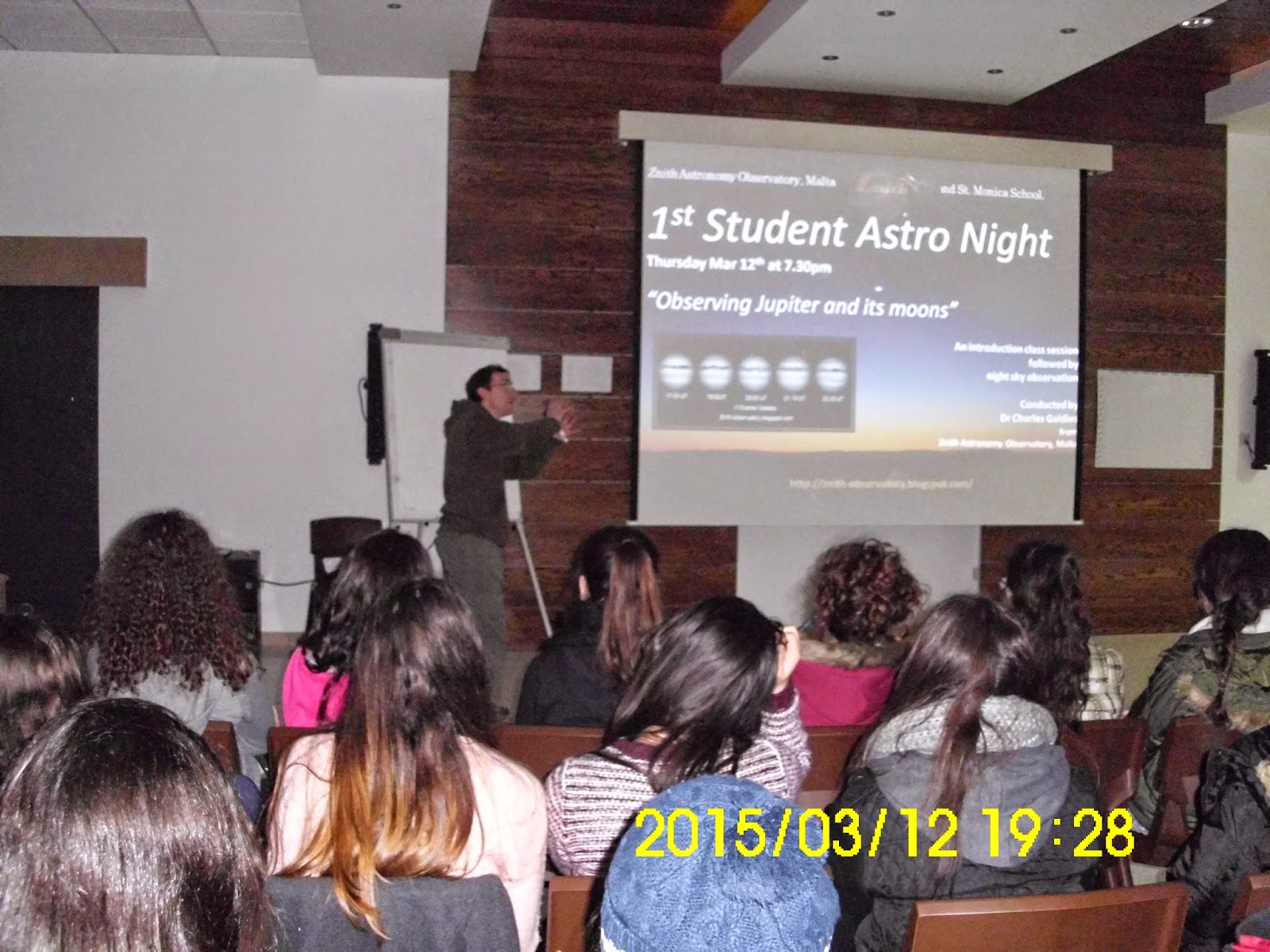 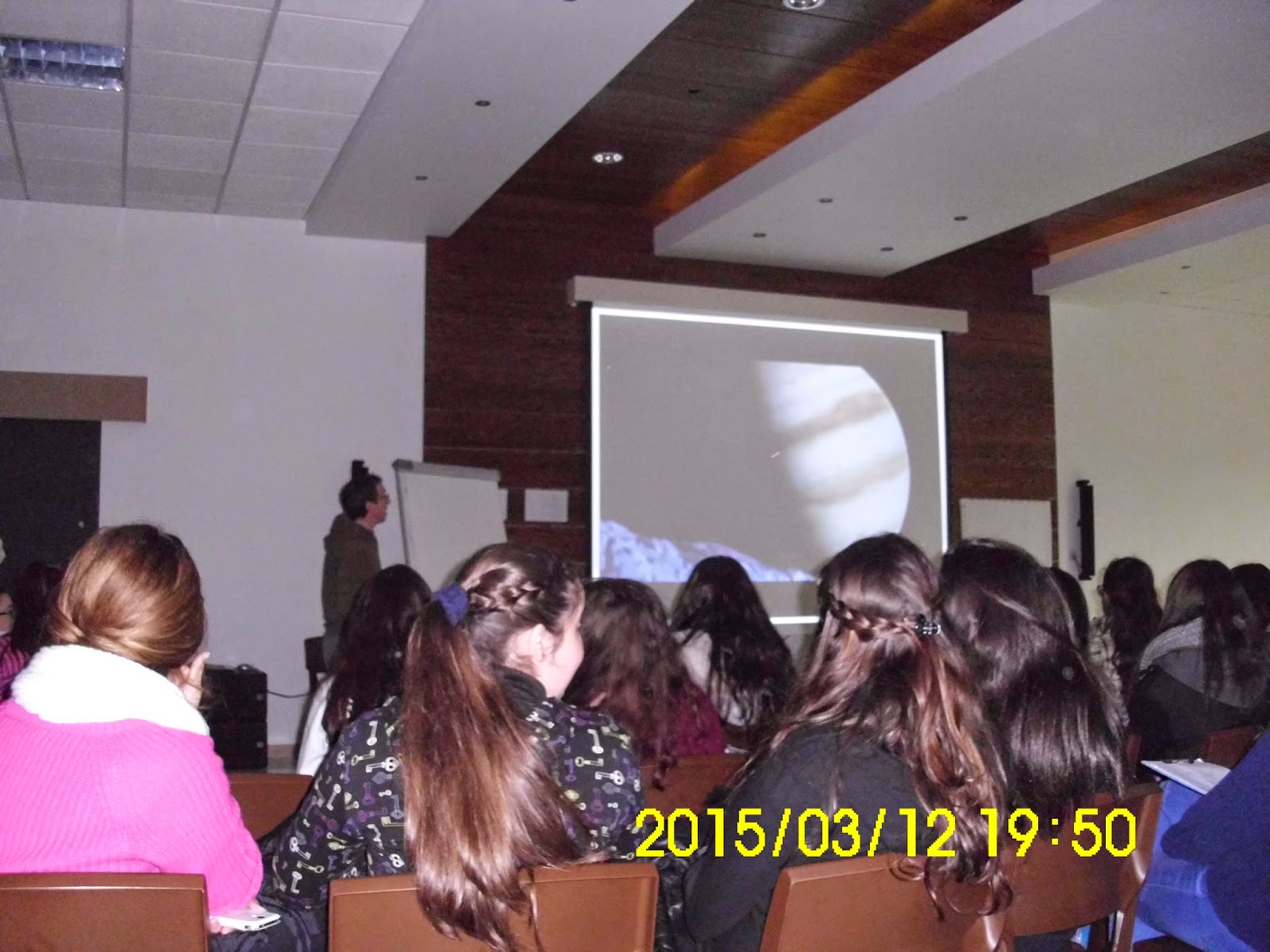 Students had the opportunity to gaze at the designated celestial targets through a powerful, motorized 10” dobsonian reflector telescope as well as through 7x10 binoculars. The grounds at Savio College offered fantastic views of the Southern skies with little light pollution. Indeed, there was no moonlight in the night sky and therefore students were offered excellent dark sky views despite the cloud cover which initially limited the degree of observation

All the participants took their time to observe and sketch the major cloud bands that appeared on the surface of Jupiter on the observation sheet provided. The motorized telescope automatically tracked Jupiter’s movements, thus allowing the possibility of  long observation views. 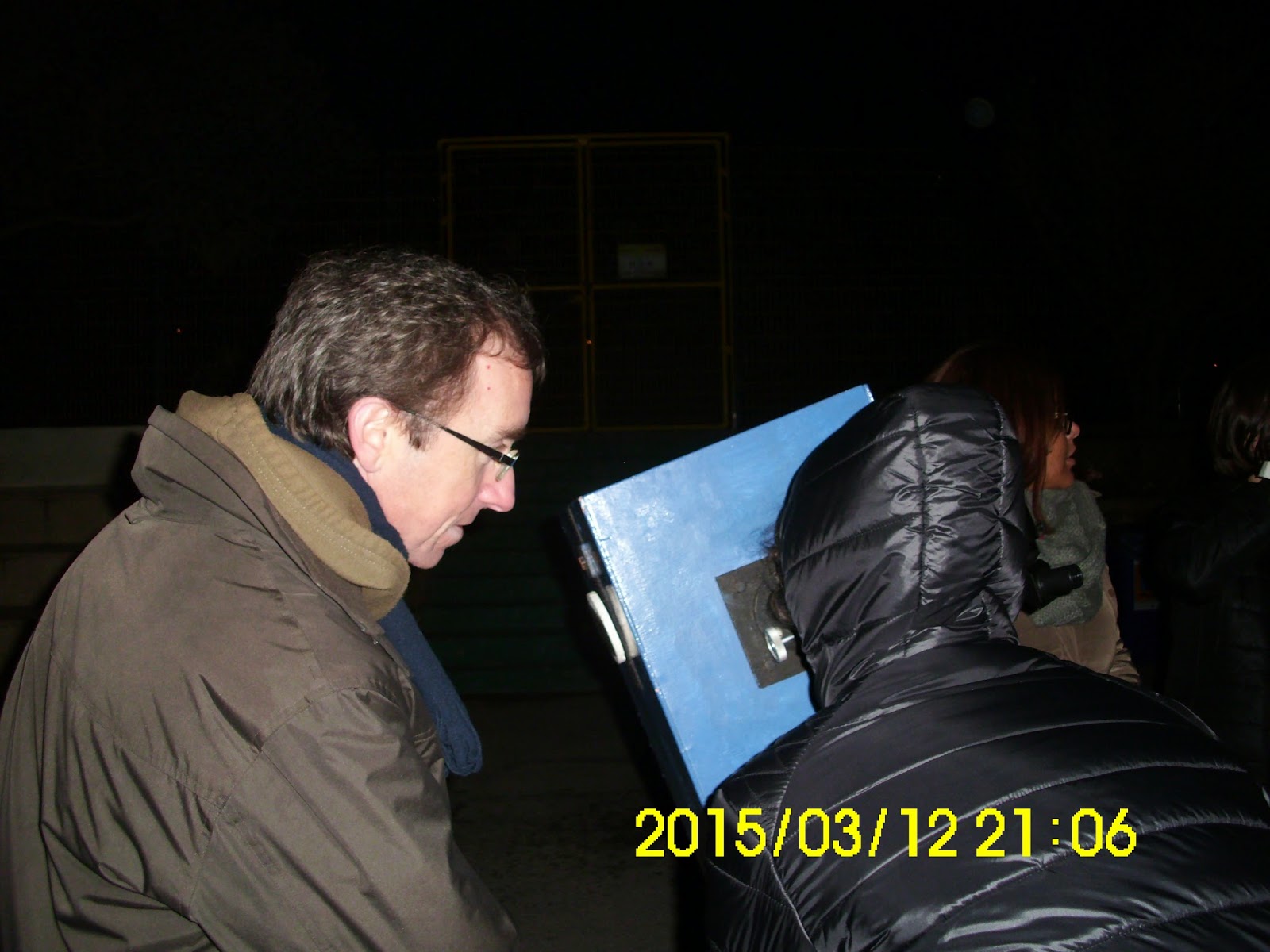 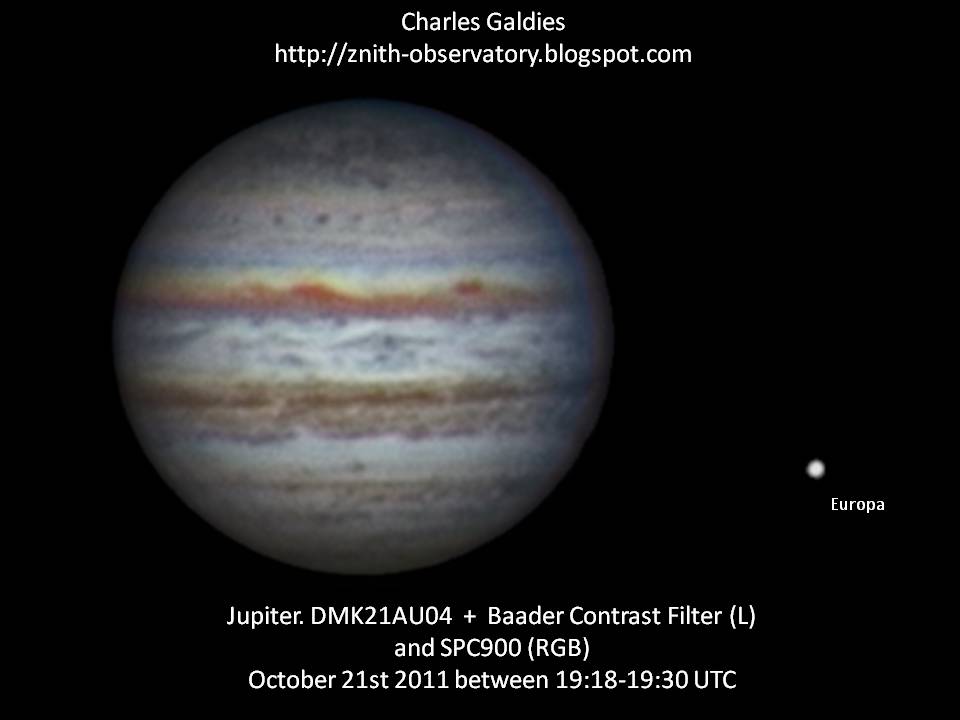 Students were also able to sketch the position of the four biggest moons of Jupiter – Io, Callisto, Ganymede and Europa. In doing so they managed to create a record of their motion throughout the observation session.

This was indeed a treat to everyone’s curiosity. All students observed these ‘Medicean stars’ for the first time, with a Galilean expression of awe and delight.

They also had the opportunity to observe a Messier object known as M42 in the constellation of Orion, which is a dust cloud that forms part of the Orion's sword where new stars are born (lower left image; source: NASA).

At the end of the session, the observation was concluded by sketching on a flipchart the movement of the Jovian moons throughout the entire observation and noticing which satellites moved the most depending on their orbital period around Jupiter. The results were indeed very interesting and the patience shown by the students when they painstakingly sketched their observation was rewarded by being able to identify the intricate movement of the Galilean satellites against the background of ‘universal stillness’.

At 11:30pm the students had to go return to their camping facilities in Mellieha. I thank Ms Claudia Pirotta, the Mathematics teacher who made this event possible.  I also thank Johann who helped me with the logistics and assembly of the optical instruments.
Posted by Dr Charles Galdies on Tuesday, March 24, 2015