Syrtis Major is a distinctive dark marking on the surface of Mars, seen as a large wedge-shaped feature named after the neighbouring Gulf of Sidra (or Sirte) off the coast of Libya. Syrtis Major is the most obvious dark region on the Martian surface which extends towards the equator some 1,500 km and spans 1,000 km from west to east.

Below are images obtained last night under local unstable atmospheric conditions (15 knots of wind). However, subtle details were visible which are somewhat comparable to those observed by the Hubble Space Telescope (lower figure). 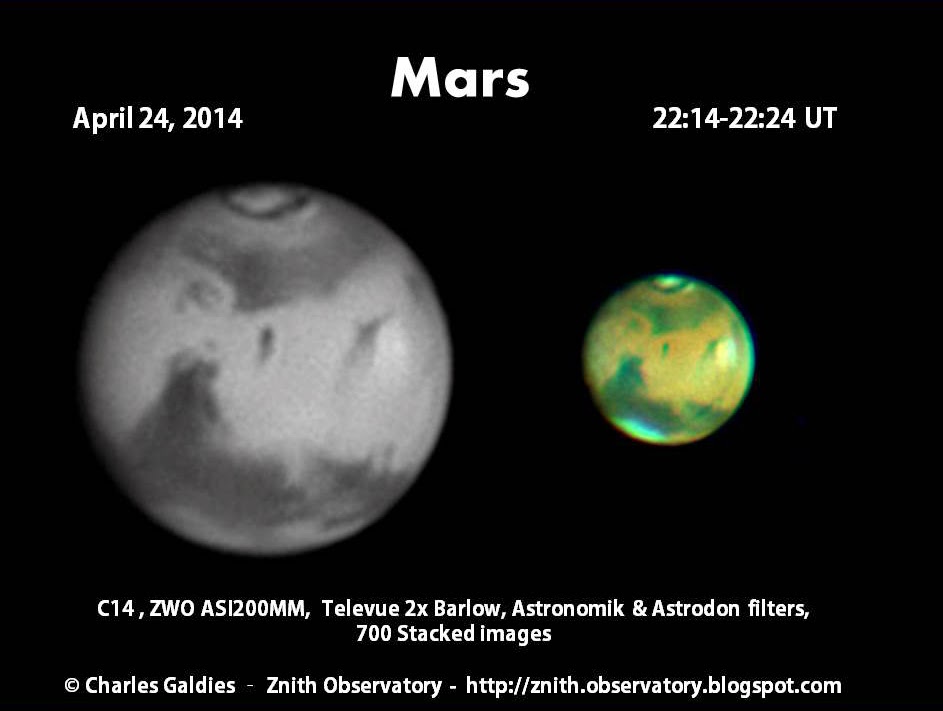 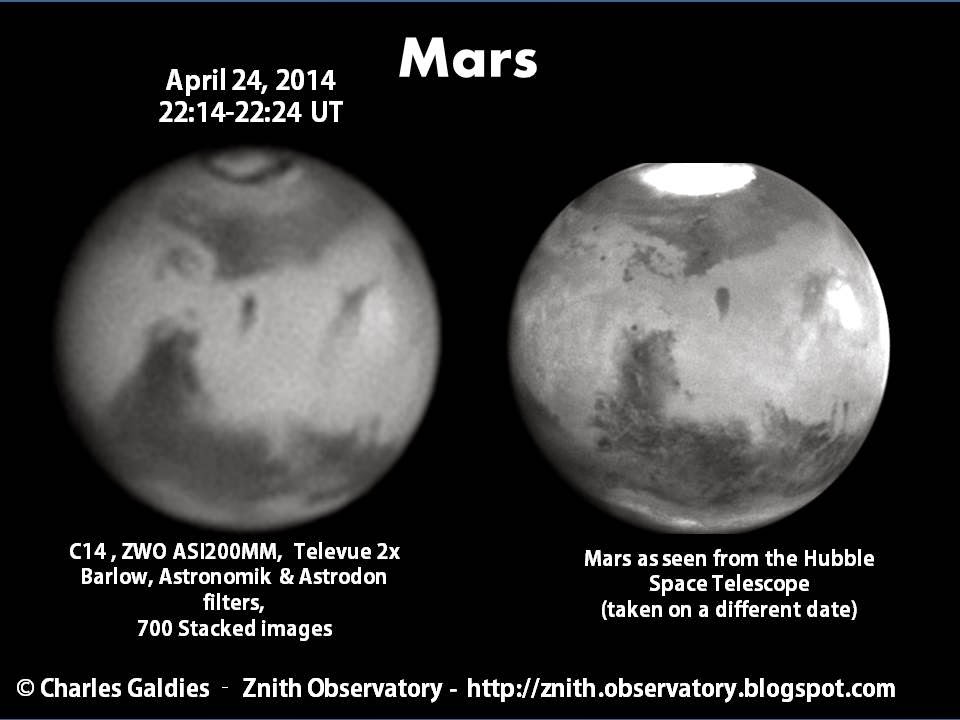 Syrtis Major was first noticed by Christiaan Huygens some 50 years after Galileo observed the moon by his new telescope. The feature was first considered to be a shallow sea. Later its variability was attributed to vegetation. It turned out the dark regions do not change their dimensions, but instead close-up satellite images taken during the 60's and ’70s determined that this change was due to aeolian sand and dust deposited across the surface.