First image of Jupiter for this season 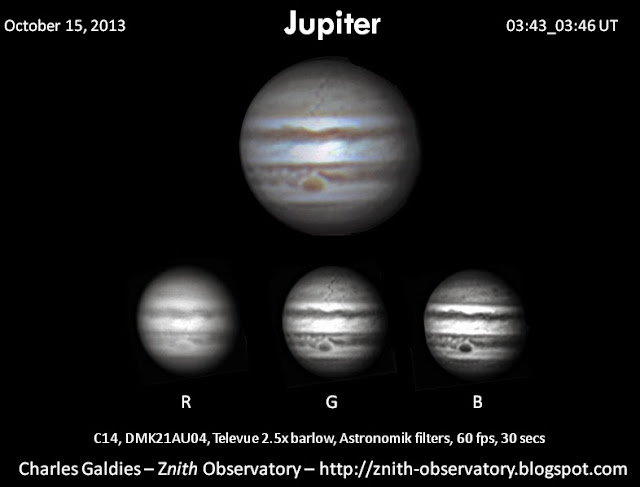 I had a late start with Jupiter this season. Conditions weren't good this early morning. Both seeing and transparency were poor. I was able to produce a fair RGB image. Some artifacts are evident in the northern hemisphere of the green channel image due to some fine dust in my DMK camera.

The NEB is quite and narrow this time round. The SEB looks rather active. The planetocentric map shows the position of the GRS. From the above image, bright patches next to the GRS as well as on top of it are present. Are these a series of strong vortices? Better seeing conditions would be able to verify this. The strong wake associated with the GRS maybe giving rise to these features.

Moreover, the GRS is shown as a light orange colour, with a hint of detail at its centre. Its signal is very evident in both Green and Blue channel filters. After further processing, the GRS in the blue channel in fact shows some more internal detail as shown below: 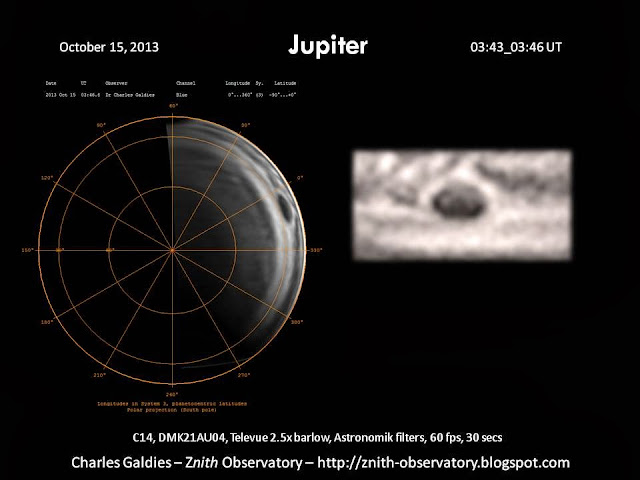