Marshes and fissures on the moon 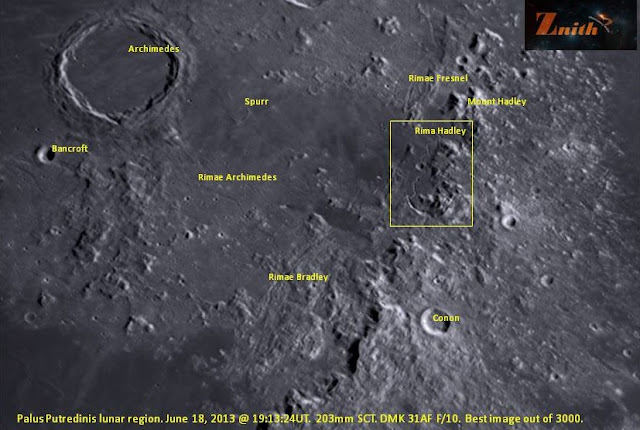 Click here for a high resolution version of this image.

Palus putredinis (or 'Marsh of decay') is a lava-flooded plain bounded by the crater Autolycus to the north and the hills of the Mount Archimedes to the west.

In the southern part of this area is a rille system designated Rimae Archimedes (shown above). To the south is a prominent linear rille named Rima Bradley, and to the east is the Rima Hadley (shown below), which served as the landing site for Apollo 15, and the Rimae Fresnel. Just to the northwest of the Palus Putredinus midpoint is the nearly submerged crater Spurr. Luna 2 crashed in this area. So it must be a definitely interesting area considering the number of mission that were dedicated to this site. 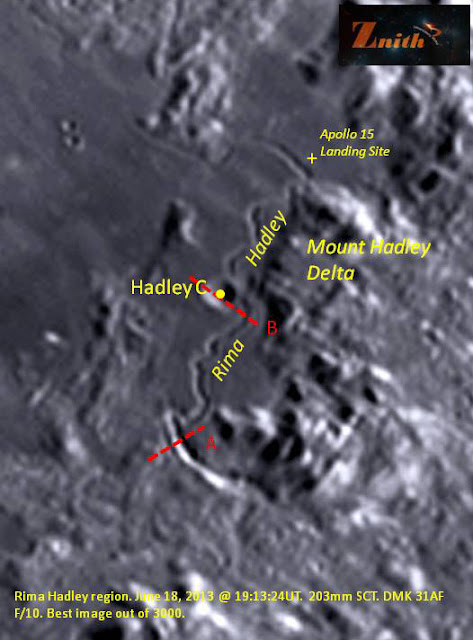 Rima Hadley is a sinuous lunar rille which follows a northward course toward the Mount Hadley peak, for which it is named. This feature lies within a diameter of 80 km.

At the Rima Hadley rille a Fallen Astronaut memorial has been placed in memory of those astronauts who died in the advancement of space exploration.

Mount Hadley has a height of 4.6 km and a maximum diameter of 25 km at the base. To the southwest of this mountain is a valley that served as the landing site for  Apollo 15 mission.

Using the ACT-REACT-QuickMap, the landscapes of cross sections A and B (shown above) were estimated below. 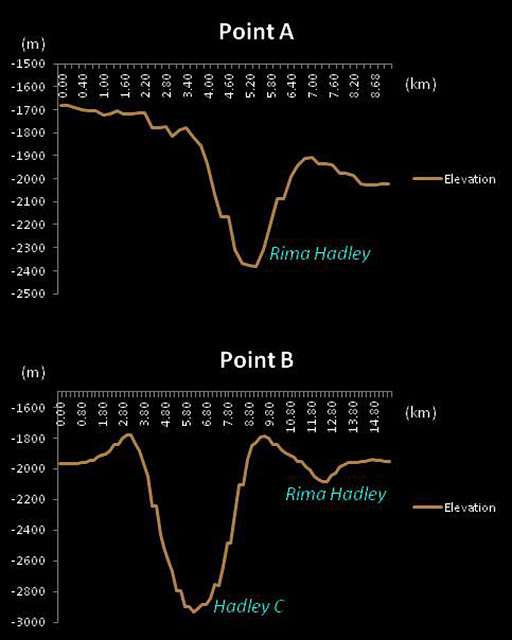 Graphs shows a deeper rille system at point A than in Point B by a difference of about 400m.

This figure shows a 3D representation based on LROC data of Hadley C crater and adjacent part of Rima Hadley.
Posted by Dr Charles Galdies on Saturday, August 03, 2013