Feature Story: William H. Pickering and life on the moon William H. Pickering (1858-1938) was a well-known observer of the early 20th century. He was a prolific observer, noted for both his detailed observations and his somewhat fanciful interpretations. A drawing of Erathosthenes was submitted by Galdies to the ALPO Lunar Topographical Studies/Selected Area Program along with the comment "Way back in 1924, Pickering noted dark patches in the crater that varied in regular manner with time. He attributed these mobile patches to around 36 different flowering plants" and a reference to Maggini's (1925) paper. This ignited our interest in this (mostly) forgotten episode in lunar studies. In this article, we will use Pickering's papers on vegetative changes in the crater Eratosthenes to examine the interplay of observation and interpretation. 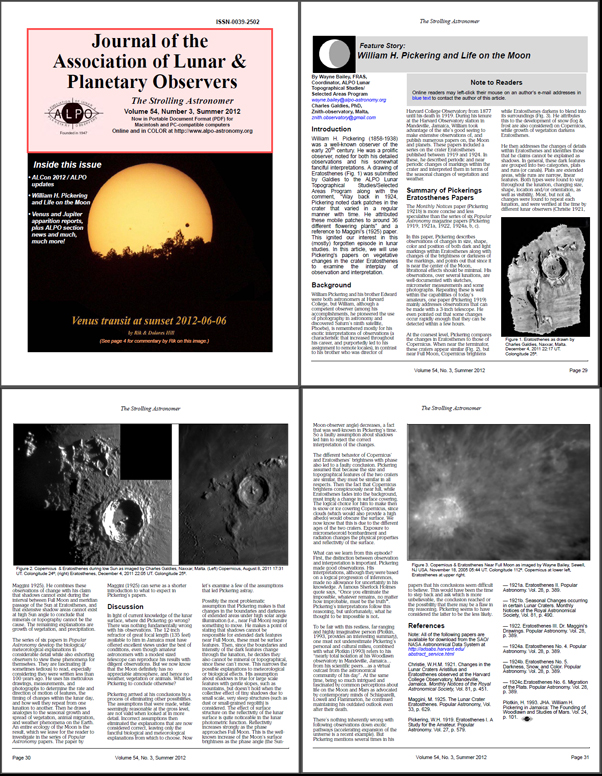 The full article is available from http://www.alpo-astronomy.org/djalpo/ for all ALPO members.