Searching the remnant of the Northern Electrostatic Disturbance

These images are the reward of going to bed a bit later than usual. Taken on March 17th between half two to quarter to three local time, they show Saturn past its transit time from my observation point. This year Saturn reaches opposition on Monday 16 April. This is when Saturn is at its closest to the Earth, and therefore easiest to locate in the night sky, and of course slightly bigger and brighter.


Another interesting feature in this set of images is Saturn's belts and zones. The North polar region is very evident as a dark greenish band while the Northern hemisphere has an overall reddish hue. The NNTZ is also very evident (light blue, narrow belt) in which the Northern Electrostatic Disturbance is still observed (http://saturn.cstoneind.com/). 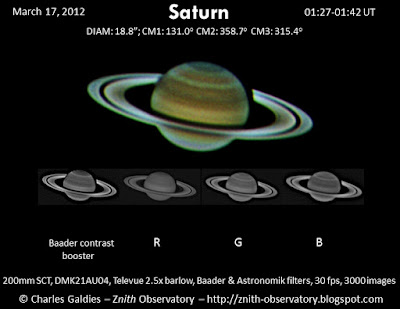 At this point in time, the planet's surface is rather dim for a 200mm SCT even if you set the Gain setting to maximum. Saturn's rings C and D are therefore still quite a challenge to capture through a 200mm SCT. However, Rings A and B, Cassini's Division as well as ringlets in Rings A and  B were observed (following some image processing of a section of the rings) as shown below. The Encke Minima are barely visible on both sides of the rings. 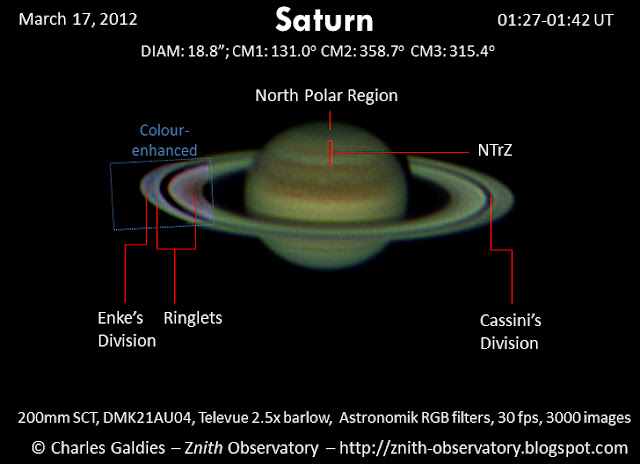