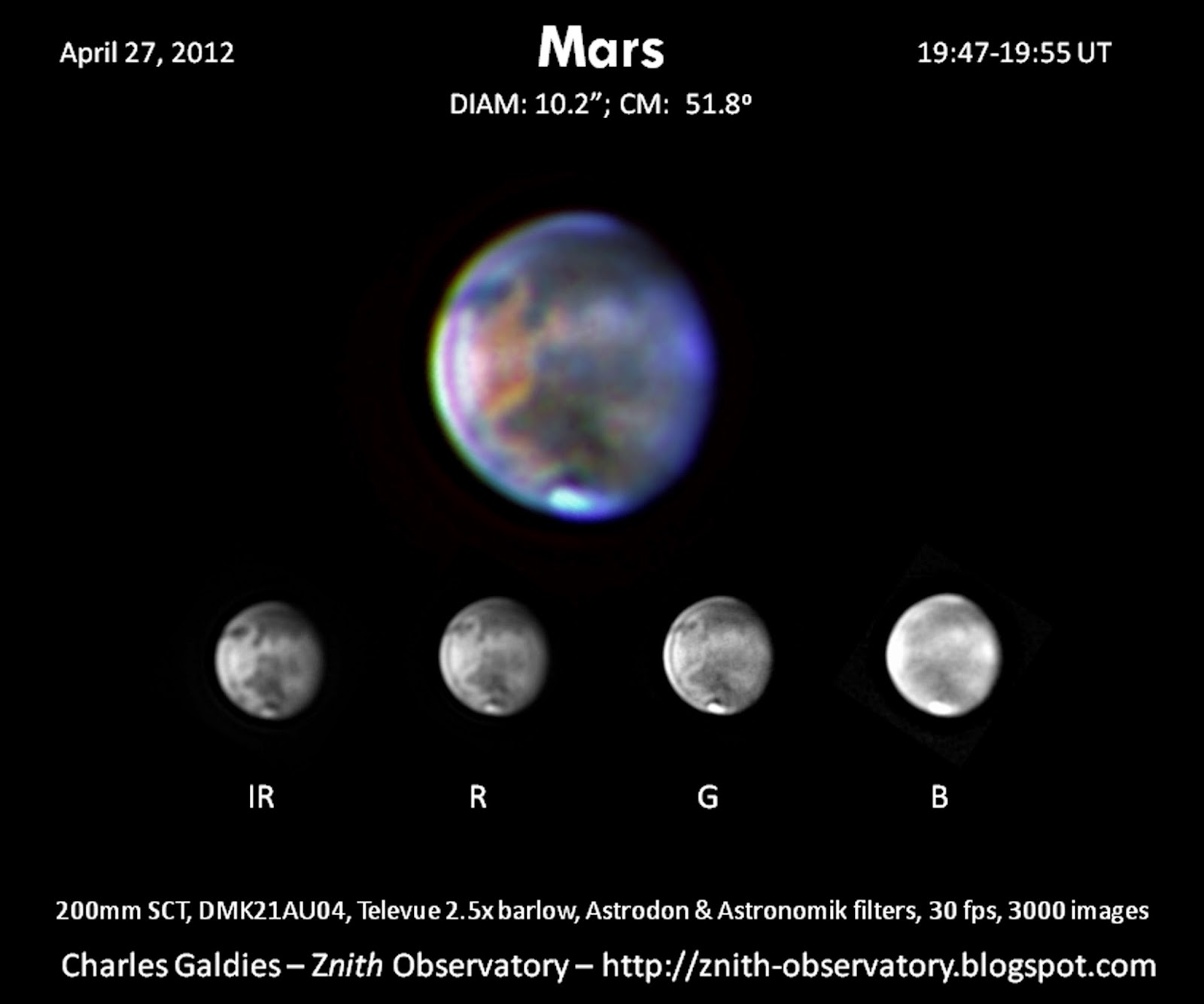 While browsing through my archived folders, I encountered this unpublished observation of Mars. The above series of images were acquired 2 years ago, specifically on 27 April 2012 at 19:50UT. Filters used were IR, Red, Green and Blue.

What is most striking from the composite image is the hazy atmosphere of Mars, especially near the terminator.

Similar observations made on the same day by other planetary observers can be found here:

My closest observation made of planet Mars in 2012 was on March 17, during which the biggest volcano in our solar system - Olympus mons - was visible. This observation was reported on the local media thanks to the Astronomical Society of Malta.